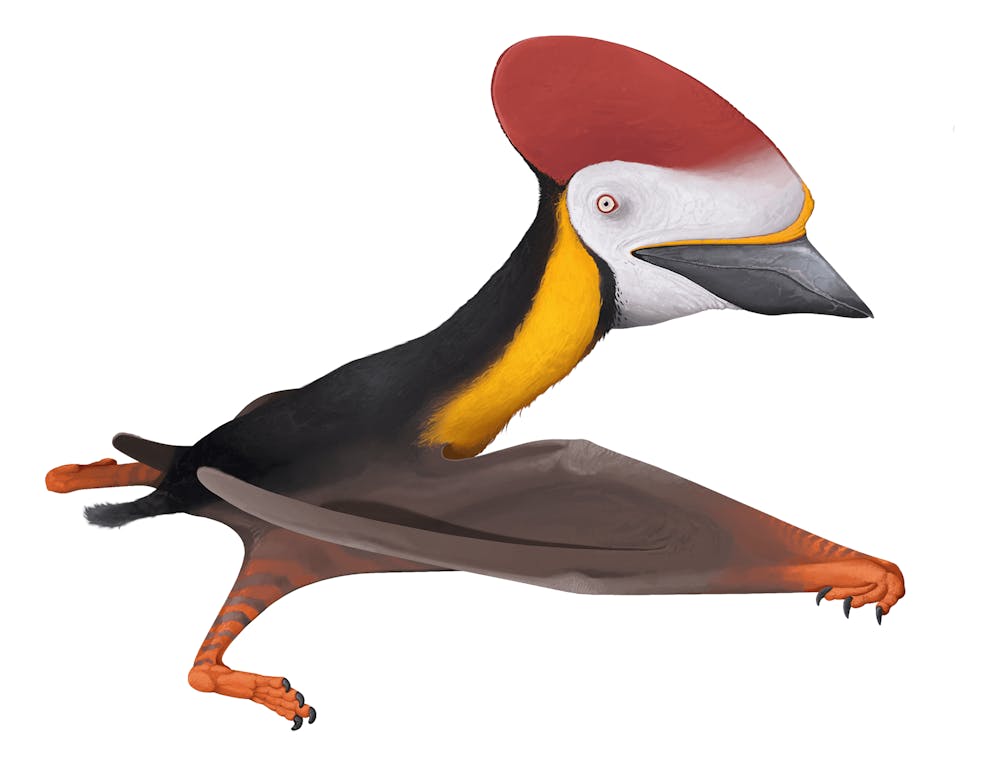 In 2020, paleontologists David Martill and colleagues named a new genus and species of tapejarid pterosaur, Wightia declivirostris. It is known from a single partial snout found in rocks of the Lower Cretaceous Wessex Formation on the Isle of Wight off the southern coast of England. The genus name honors the Isle of Wight, and the species name is Latin for “slant beak,” referring to the downturned portion of the beak preserved in the fossil.

The only known fossil of Wightia is a partial snout, missing the tips of the jaw, as well as any material around the nasoantorbital fenestra. The fragment is small, only about 4 cm (1.5 inches) long, but distinctive, being toothless with the tip of the beak deflected downward at an angle of about 12 degrees. Among pterosaurs, only tapejarids are toothless with downwardly deflected beaks.

Martill and colleagues did not put Wightia into a phylogenetic analysis, but compared it to several species of tapejarids. They concluded that it was probably a member of the comparatively long-snouted sinopterines, rather than the much shorter-snouted tapajerines. Most tapejarids have large fan-shaped soft-tissue crests on the upper surface of their skulls, anchored by two bony prongs, one above their nostrils, and the other on the back of their skulls.

Wightia lived about 130 million years ago, and its remains were found in rocks deposited in a semi-arid flood plain, and is the first tapejarid known from the Wessex Formation. It shared this environment with the pterosaurs Istiodactylus, Caulkicephalus, and indeterminate coloborhynchines, azhdarchoids, and ctenochasmatoids, as well as the dinosaurs Hypsilophodon, Mantellisaurus, and Baryonyx among others. Tapejarids like Wightia are generally considered fruit-eating pterosaurs, and their evolution has been linked to the spread of flowering plants in the Early Cretaceous.