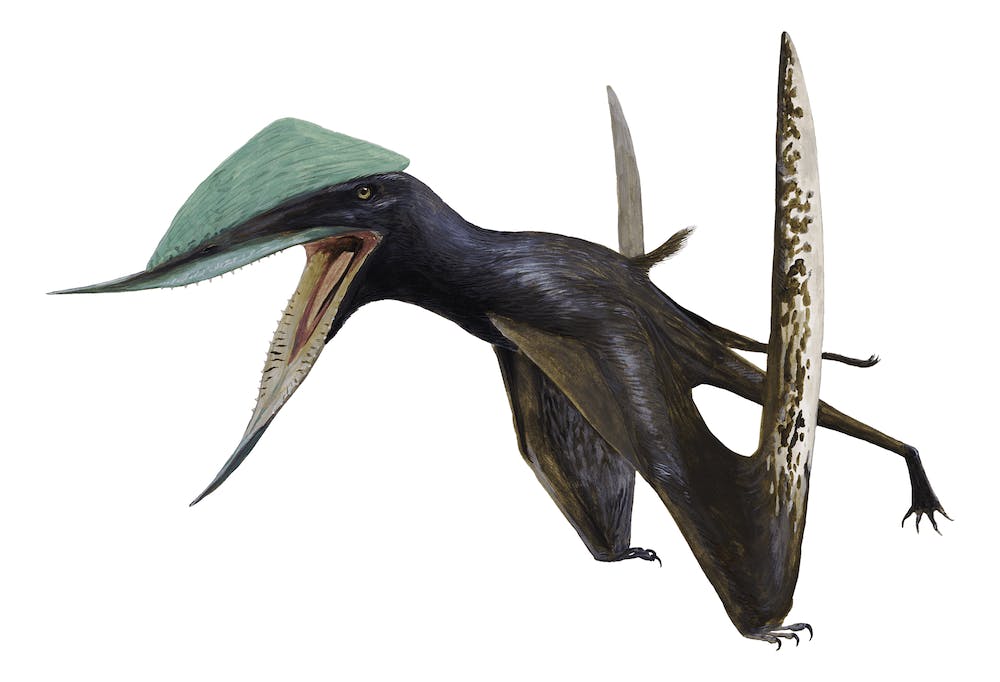 In 2020 paleontologist Ji Shu-an named a new genus and species of dsungaripterid pterosaur, Ordosipterus planignathus, known from a single lower jaw. It was found in rocks of the Lower Cretaceous Luohandong Formation of the Ordos Basin, Inner Mongolia, China. The genus name translates to “Ordos wing,” and the species name translates to “flat jaw.”

The only known specimen of Ordosipterus is a fused partial lower jaw. The jaw fragment measures about 8 cm (3 inches) long, but would have been more than double that length when complete. The bones are remarkably stout and there are wide mandibular rami. There is a low midline crest on the lower surface of the mandibular symphysis. When seen from the side, the jaw is fairly straight, with a very slight upward curvature. The oral margins of the mandibular rami have a flat surface, with the teeth emerging from the lateral edge of the oral margin.

There are 8 pairs of alveoli present, but there may have been more teeth in the missing portions of the jaw. The alveoli are expanded and slightly bulbous. Only one tooth is present, and it is a short blunt cone.

Dsungaripterids like Ordosipterus are thought to have preyed upon shellfish like molluscs and crustaceans, crushing them in their stout jaws lined with blunt teeth. When Ordosipterus lived, roughly 120 million years ago, the Ordos Basin was home to a lake fed by several rivers forming large deltas. The lakeside environment was likely patrolled by Ordosipterus in search of a meal.