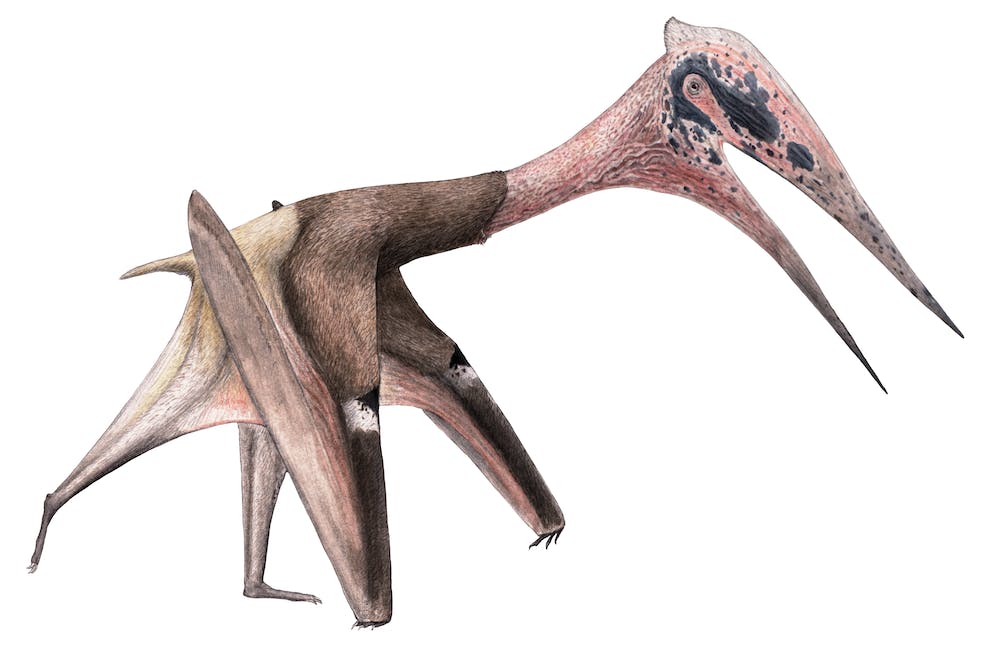 In 2017 paleontologists Takanobu Tsuihiji and colleagues described and illustrated the fragmentary remains of a giant azhdarchid from the Gurilin Tsav locality in southern Mongolia. The remains were found in Upper Cretaceous rocks of the Nemegt Formation, famous for its dinosaur fossils including Deinocheirus and Tarbosaurus.

The specimen is made of three associated vertebral fragments from the neck. They are the centrum – or body – of the 8th or 9th vertebra, the right side front portion of the arch from the 8th or 9th vertebra, and the right side front portion of another neural arch. The centrum is remarkably wide, being about as wide as it is long. It’s also extremely flat and shield-shaped rather than being spool-shaped like most centra.

Detailed examination of the fragments showed that they probably belong to an azhdarchid, a lineage of terrestrial hunting pterosaurs found in Cretaceous rocks. Azhdarchids all have long, toothless jaws, fairly long necks, and comparatively short and broad wings. Azhdarchids include the largest of all pterosaurs, with wingspans of 10-12 meters (33-39 feet), and the Gurilin Tsav azhdarchid seems to be in that same range. It appears to have had a shorter, thicker neck like Hatzegopteryx, rather than the longer, thinner neck like Quetzalcoatlus. Azhdarchids are part of a larger lineage known as the azhdarchoids, a diverse group of mostly toothless pterosaurs. Many hunted terrestrial vertebrates, but others appear to have eaten fruit.

Seventy million years ago, the environment of the Nemegt Formation was much different from the modern Gobi Desert. The rocks of the formation show that it was once a lush, forested environment with meandering rivers and swamps, perfect hunting grounds for this giant predator.