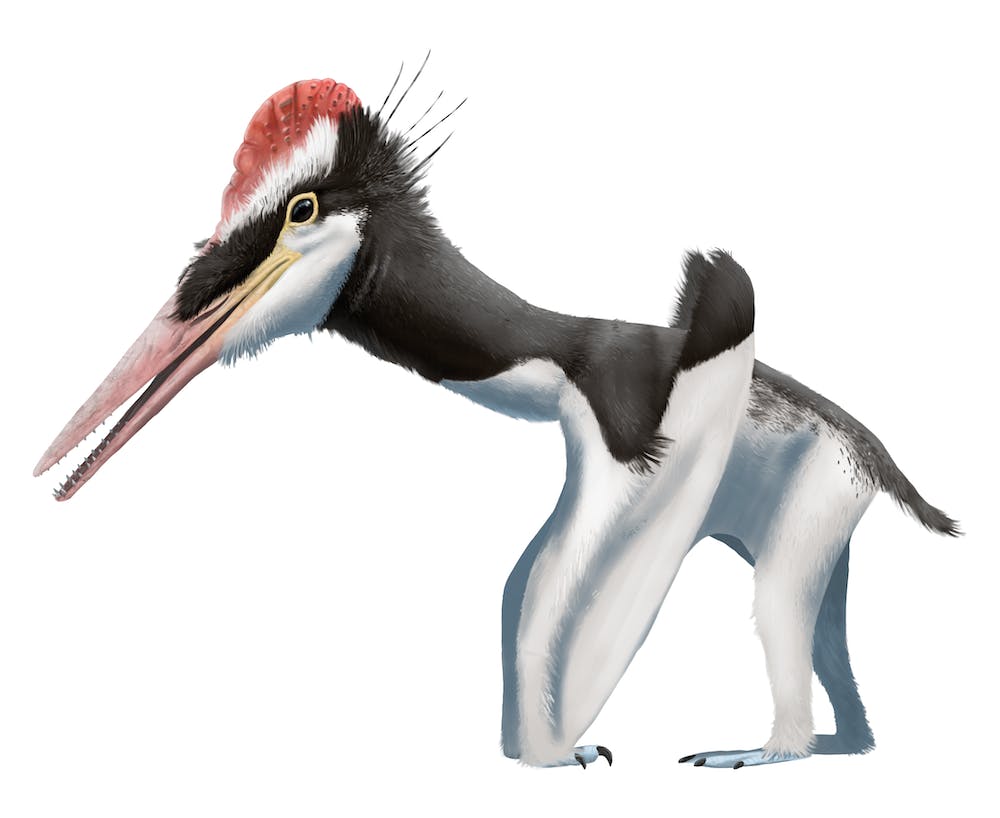 Paleontologists Brian Andres, James Clark, and Xing Xu named a newly discovered pterosaur, Kryptodrakon progenator, based on a single partial specimen. Kryptodrakon is known from the Middle to Upper Jurassic Shishugou Formation in Xinjiang, China. The Shishugou Formation was deposited 162 million years ago in an inland plain crossed by numerous rivers.

The only known specimen is quite fragmentary, being made up of portions of the shoulders, wing bones, and some vertebrae from the hips. Although it is incomplete, comparison with other pterosaurs shows that in life, Kryptodrakon's wingspan would be about 1.5 meters (5 feet). Without a skull, it's impossible to know the diet with certainty, but most pterosaurs were carnivores focusing on fish, small terrestrial vertebrates, and various invertebrates.

Since the early days of pterosaur paleontology, scientists have recognized two broad types of pterosaurs: early long-tailed forms, and a later short-tailed lineage known as the pterodactyloids. In addition to having shorter tails, pterodactyloids have larger heads, longer necks, long hands, and unique joints in the wing finger. Kryptodrakon has characteristics that show it is one of the earliest and most primitive pterodactyloids.

In addition to Kryptodrakon, several other species of pterosaurs showing the evolutionary origins of pterodactyloids have been discovered in the early 21st century. They show that the lineage emerged rapidly in the Middle Jurassic, and are known largely from rocks in Asia. The emergence of different traits was not simultaneous, with fossils showing that the heads and necks lengthened before the tails were reduced in size.