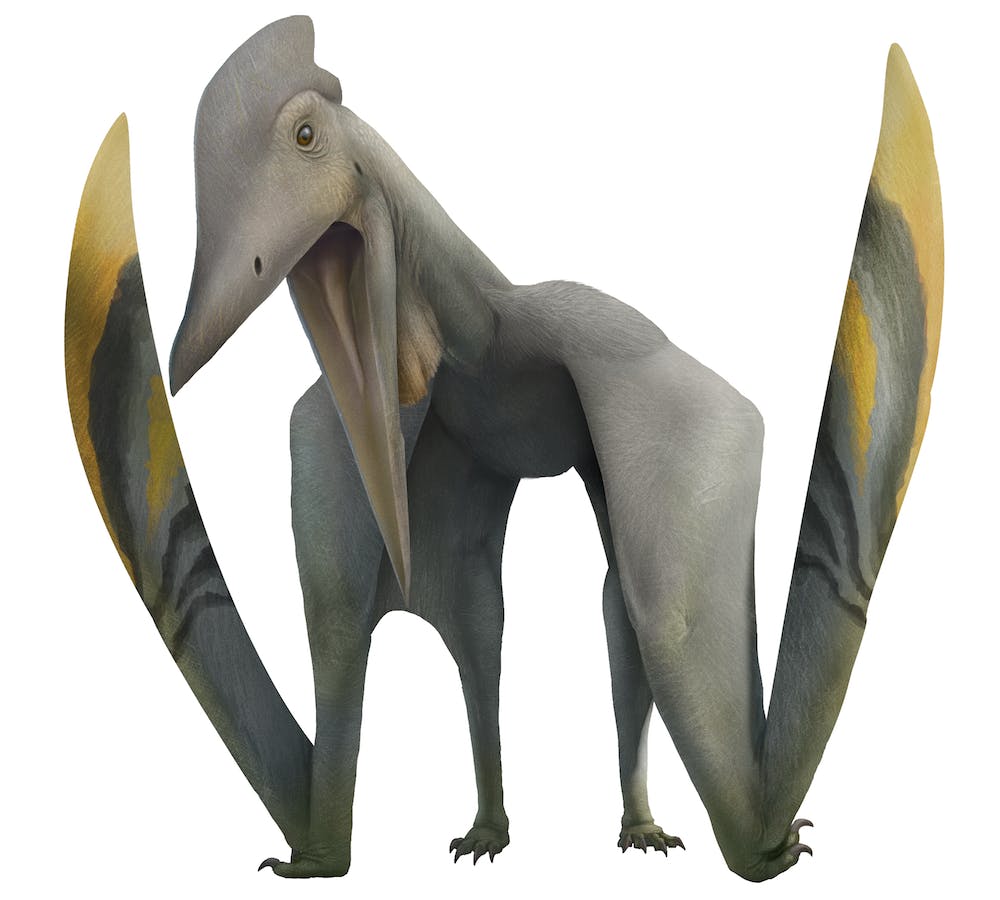 The small pterosaur Eoazhdarcho liaoxiensis was named in 2005 by Lü Junchang and Ji Qiang. It’s known from a single specimen recovered from the Lower Cretaceous Jiufotang Formation of Liaoning, northeastern China, deposited approximately 120 million years ago. The name Eoazhdarcho translates to “Dawn Azhdarcho.” The specific name references Liaoxi, a former province in what is now the western part of Liaoning.

The specimen is known from a mandible, and most of the rest of the skeleton. The mandible is toothless, roughly 18 cm (7 inches) long, and V-shaped when seen from above. The symphysis, or joint between the right and left sides, takes up almost half the length of the mandible, and has a concave depression on its upper side. The rest of the skull is not present, but comparison to its closest relatives suggests that it would be about 23 cm (9 inches) long, triangular in profile, with a ridge-like crest on its upper surface and a slight “hump” before the eyes.

The vertebrae are mostly scattered, but show that its neck was relatively long, and its torso compact. The hind-limbs are relatively long, and the bones of the wing especially stout. When fully spread, Eoazhdarcho’s wingspan is estimated to have been roughly 160 cm (about 5.5 feet).

As the name suggests, Lü and Ji initially considered Eoazhdarcho to be an early relative of Azhdarcho and a member of the Azhdarchidae, a family of mostly giant long-necked pterosaurs from Upper Cretaceous rocks. Subsequent research has shown that although it is similar to the azhdarchids, Eoazhdarcho is more closely related to Chaoyangopterus, and Shenzhoupterus, among others. This group is a newly recognized lineage known as the Chaoyangopteridae.

Chaoyangopterids are mostly known from Lower Cretaceous rocks in Asia, and are generally small- to medium-sized pterosaurs with large skulls with midline crests, extremely large nasoantorbital fenestra, and toothless beaks. Chaoyangopterids are closely related to the azhdarchids, as well as thalassodromids, dsungaripterids, and tapejarids in a lineage known as the azhdarchoids.

Eoazhdarcho, like the other chaoyangopterids and azhdarchoids in general was suited to life on land more than many other pterosaur groups. It is thought to have hunted small terrestrial prey like lizards and mammals, much like living storks and shoebills. The environment of the Jiufotang Formation was a temperate forest with many lakes, ideal hunting grounds for Eoazhdarcho. 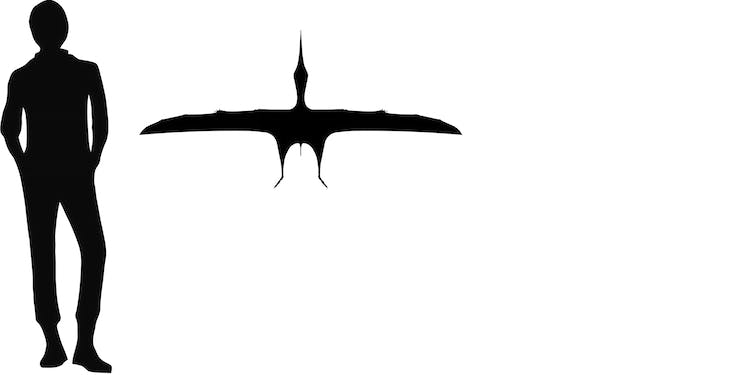