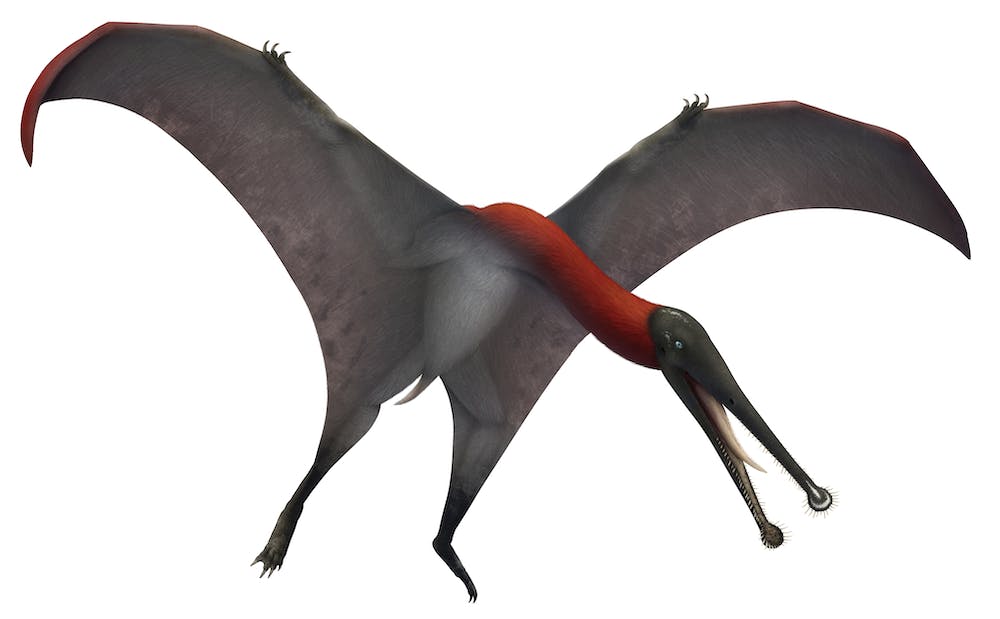 Plataleorhynchus streptophorodon is known from the Purbeck Limestone of Dorset, England, deposited at the beginning of the Cretaceous Period some 140 million years ago. It was named and described in 1995 by Stafford Howse and Andrew Milner. The name Plataleorhynchus combines the genus name for the modern spoonbill, Platalea, with “rhynchos” the Ancient Greek word for “snout,” due to their similar shape. The species name, also derived from Ancient Greek, means “collar-wearing tooth.”

Plataleorhynchus is known from a single specimen, a partial snout missing its teeth. The snout measures 17.5 cm (7 inches), but the skull would have been close to 40 cm (16 inches) when complete. The snout gradually tapers toward the tip, but has a large, nearly circular expansion at its end, called the spatula. The palate is flattened and has a bone surface indicating that much of the palate was covered in keratinized skin, common in animals with crushing beaks.

No teeth were recovered with the specimen, but Plataleorhynchus had at least 62 teeth in its upper jaws. The tooth sockets show that the teeth were shallow-rooted, narrow, and oriented outward, rather than downward.

Because the specimen is embedded in a slab of limestone with its palate exposed, nothing is known of the top of the skull. No other skeletal elements are known, but comparison to similar pterosaurs suggests a wingspan of 2-2.5 m (6.5-8 feet).

Ctenochasmatids are characterized by having long snouts with dozens of needle-shaped teeth that formed an interlaced mesh when the mouth was closed. Ctenochasmatids were suspension feeders, using their teeth to filter out small animals from the water or mud. Howse and Milner suggest that Plataleorhynchus may have raked through mud or weeds in search of slightly larger prey that could be crushed in its beak.