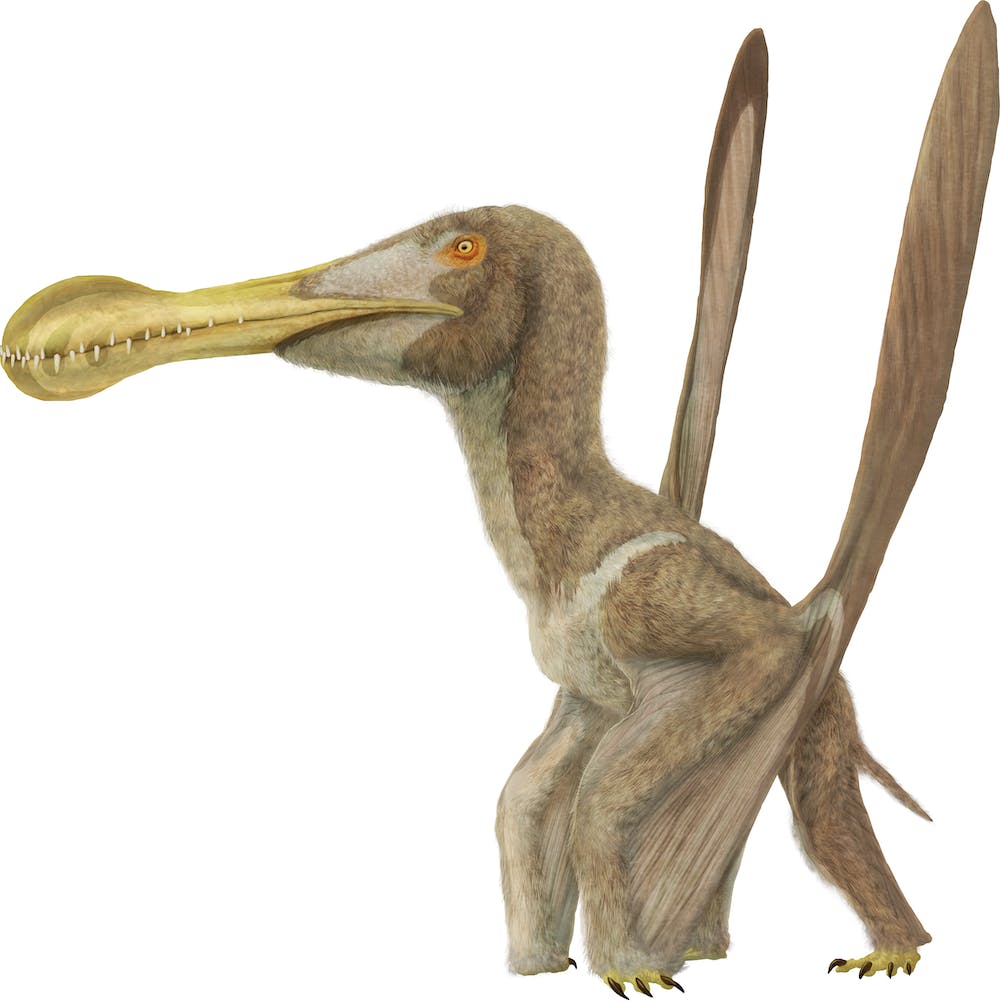 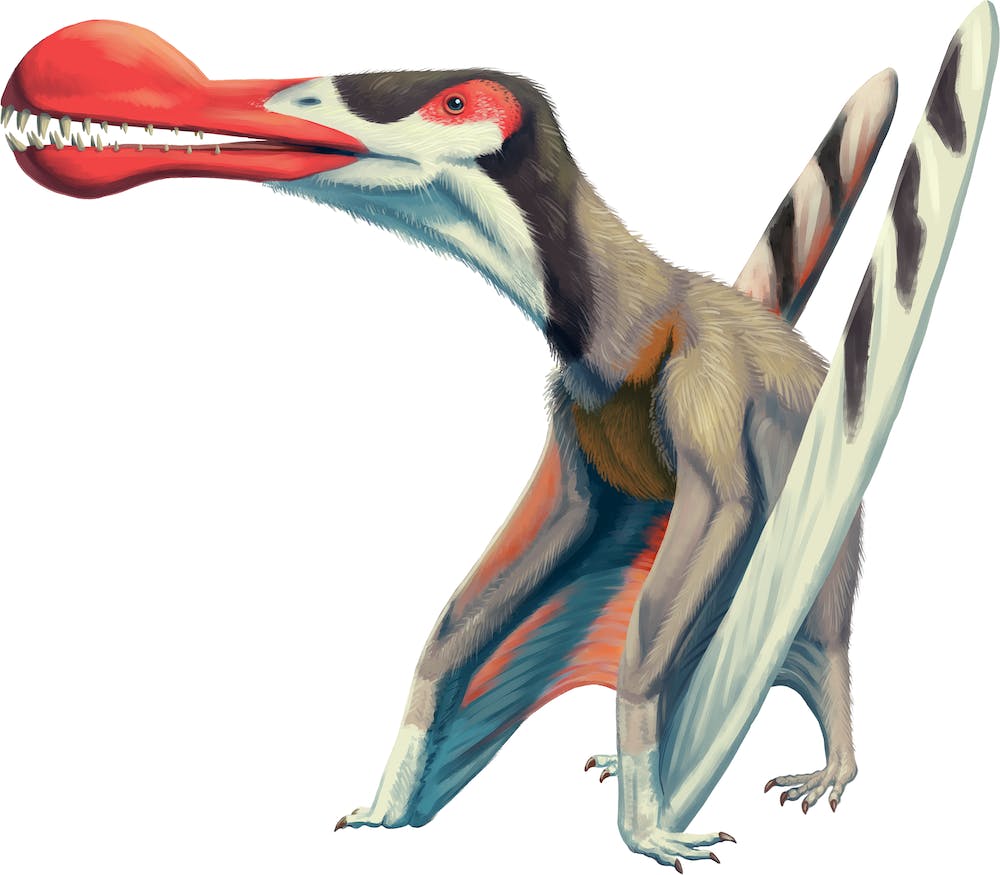 The name Ornithocheirus, to some, conjures up memories of beautiful animatronic and computer-generated flyers with massive wingspans, soaring thousands of miles across the Early Cretaceous oceans. Outwardly, the animal has wings similar to an eagle or an albatross, and its body is tiny albeit densely packed with muscle.

At the end of the jaws are paired, semicircular crests for display, while the jaws themselves were lined with numerous conical gripping teeth. The animal did not skim across the water. Instead it hunted by grabbing prey just off the surface.

A recent study by Mike Habib and Jim Cunningham in 2010 revealed that the traditional pterosaur launch system could be used to rocket off the water's surface. At a talk at the pterosaur meeting Flugsaurier in 2015, Habib revealed a new lifestyle for large marine pterosaurs, specifically Pteranodon.

We now see these famous crested pterosaurs as being able to dive beneath the waves and hunt underwater. Ornithocheirus might have done the same, being in a similar size range as a smaller Pteranodon individual. Of course, launching off water would cause the animal to expend more energy, but according to Habib, it might not have been impossible.

All in all, Ornithocheirus and the rest of the Ornithocheiridae were indeed expert fishermen and ocean wanderers, so the story seems true so far. To the scientific community however, the animal's genus name represents a taxonomic mess of the highest order. Despite the cleanups that have been going on in regard to shrinking down the problematic genus, Ornithocheirus still remains as one of the first-ever pterosaurs discovered and scientifically described.

The remains were found in the Cambridge Greensand Formation in England, a marine formation that preserves a shallow, sandy sea bottom. It was Harry Seeley who named and described the first fragmentary specimens of Ornithocheirus, on the basis of bones from the animal's hand. The name Ornithocheirus itself means \"bird hand\". Sir Richard Owen meanwhile, coined the type species as Ornithocheirus simus in 1861 while Seeley would go on to name 27 other species.

At one time, Ornithocheirus was even taken as part of Pterodactylus. This P. simus was joined by a number of other species, with Owen and Seeley splitting and lumping their way through the genus over the next few years. The name Criorhynchus was assigned to some specimens, while others got the name of Coloborhynchus.

The latter genus name is still probably valid, and pertains to several species from Brazil, England and America. Soon, over 40 species of Ornithocheirus had been named, based off of the most fragmentary fossils. The animal was now a wastebasket genus. One of these, named Ornithocheirus mesembrinus was reassigned to the genus Tropeognathus from Brazil, The genus was created by Peter Wellnhofer in 1987.

Tropeognathus is similar in age to the original Ornithocheirus remains, around 110 million years old. This pertains to the Albian Stage of the Early Cretaceous, when several big pterosaurs shared the Brazilian region.

This is also where the Walking With Dinosaurs ornithocheirid gets its size, although with a certain twist to the tale as well. While nowhere as massive as the celebrity pterosaur, the real Tropeognathus still had a wingspan of 8.23 meters across. It was the biggest of the ornithocheirids and the largest-known toothed pterosaur in the fossil record. Whatever remains of the original Ornithocheirus was a medium-sized flyer, possibly five meters across at maximum. It was nowhere near as huge as its celebrity status might hold but it was still a sizable marine hunter. 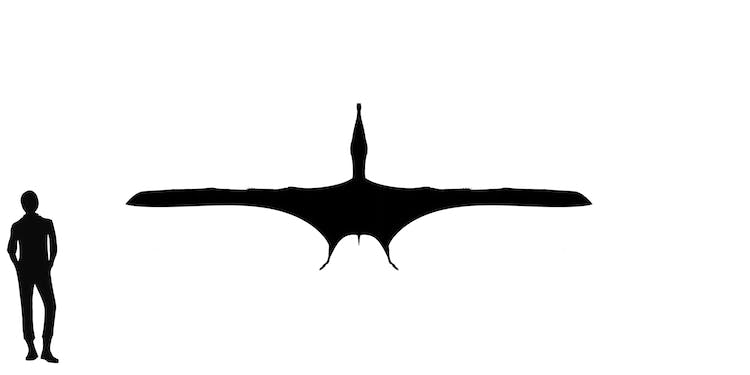