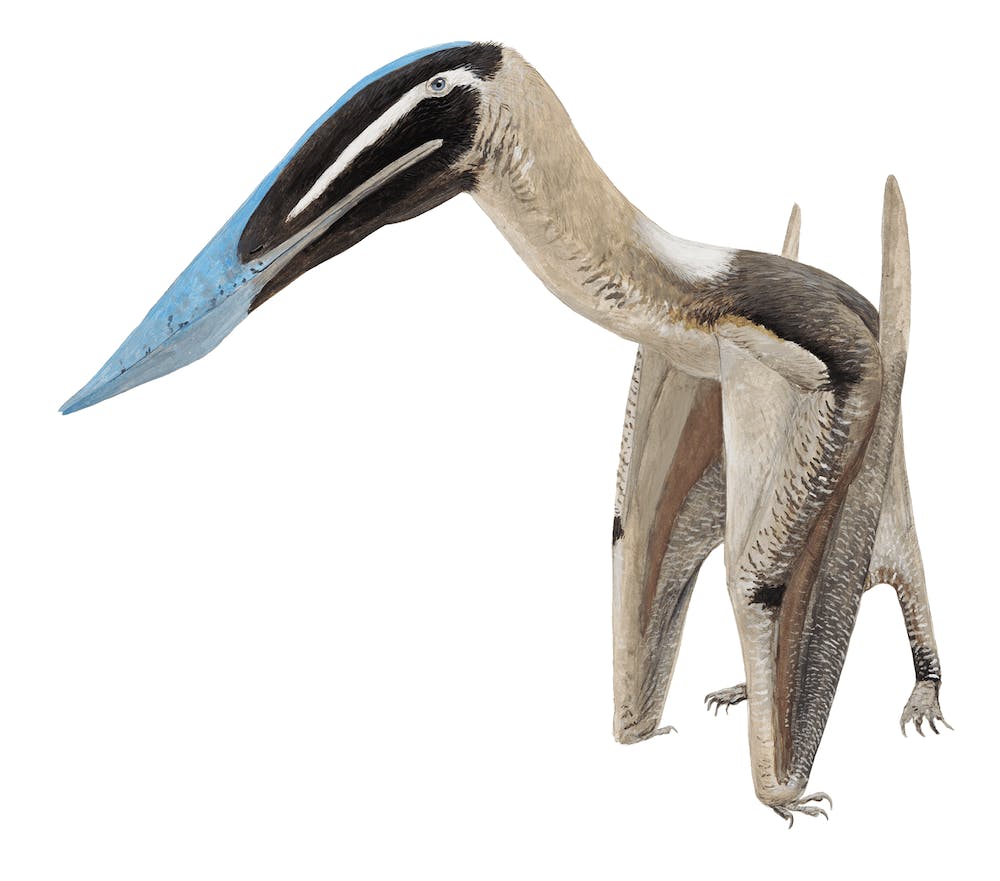 In 2019, paleontologists Alexander Keller and colleagues named a new azhdarchoid pterosaur, Keresedrakon vilsoni, known from Upper Cretaceous rocks of the Goio-Erê Formation of Paraná, Brazil. Keresdrakon is known from portions of several individuals from the “cemitério dos pterossauros” locality near the town of Cruzeiro do Oeste, which also yielded the remains of the tapejarid Caiuajara dobruskii. Its named for the keres, violent death spirits of Ancient Greek mythology, and Vilson Greinert, the preparator who worked on the specimens.

The skull of Keresdrakon is long, low, narrow, and toothless, superficially resembling the skulls of azhdarchid pterosaurs, as well as herons and storks. The skull doesn’t appear to have any crests on the upper surface of the snout, like many other azhdarchoids. In fact, the upper surface of the snout appears to have a low sagittal groove. The lower jaw is also long and low, with a low chin crest and a small ridge on the oral margin of the lower jaw above the mandibular symphysis.

The rest of the skeleton is known from several individuals. It’s generally similar to other azhdarchoids, with a medium-length neck, and a wingspan of roughly 3 m (10 feet). Kellner and colleagues examined an ulna and wing phalanx in thin section and determined that the bones came from an individual that was not yet fully grown, so it’s likely Keresdrakon grew larger.

When Keresdrakon lived, about 80-90 million years ago, this part of Brazil was a desert. The “cemitério dos pterossauros” was probably formed in an oasis environment, and has so far yielded bones from over one hundred individuals of Caiuajara, but only three individuals of Keresdrakon. They both lived alongside the strange noasaurid theropod Vespersaurus and the lizard Gueragama.