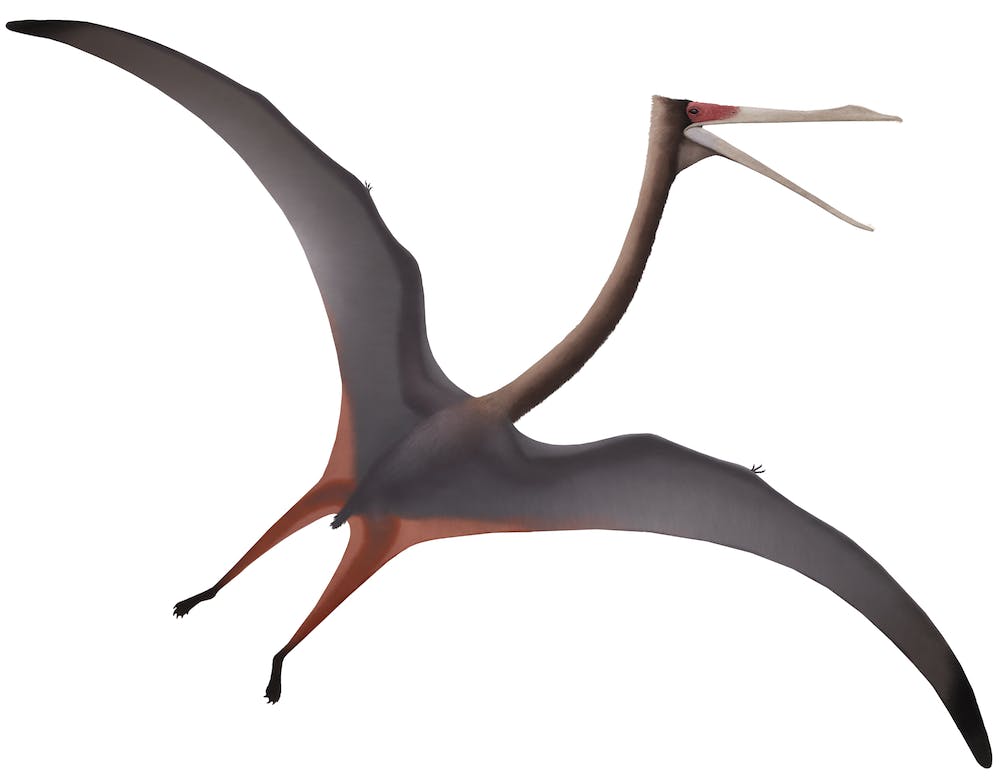 First discovered by a farmer in 1978, Huanhepterus quingyangensis is from the Ordos Basin in Gansu Province, central China. It was named in 1982 by Dong Zheming and is named for the Huanhe River and Qingyang County. Huanhepterus is only known from a single specimen that includes a partial skull, some neck vertebrae, the sternum, most of the left wing and most of the right leg. Unfortunately the specimen was damaged by dynamite during quarrying, so some bones were lost.

The skull is missing its rear half and is known only from the snout and the adjacent portion of the mandible. It’s extremely long, low, and tapering in profile, and bears a low narrow crest for most of its length. The teeth are tightly packed, long, and needle like, with about 52 teeth in the upper jaws and 50 in the lower. The preserved portion of the skull is 33 cm (13 inches) but would have probably been about 60 cm (24 inches) long when complete.

Four neck vertebrae were found with the skeleton and were fairly long and thin, and there are impressions of trunk and tail vertebrae. The legs were somewhat long and its wingspan was roughly 2.5 m (8 feet).

When originally described, Dong assigned Huanhepterus to the Ctenochasmatidae, a family of Late Jurassic to Early Cretaceous suspension-feeding pterosaurs known from all over the world. Dong noted particular similarities to Gnathosaurus, from the Upper Jurassic Solnhofen Limestone in Germany. Subsequent phylogenetic analyses have supported this view, with it being found as a gnathosaurine ctenochasmatid.

Huanhepterus is known from the Huachihuanhe Formation in the Ordos Basin. Long considered to be Upper Jurassic in age, it is now known to be Lower Cretaceous, deposited 125-133 million years ago. The specific sediments it was found in are fine-grained and were formed at the bottom of a shallow lake. The lake was in the center of a large valley surrounded by mountains; with plains and deltas to the south and west of the lake, and a large dune field to its east. 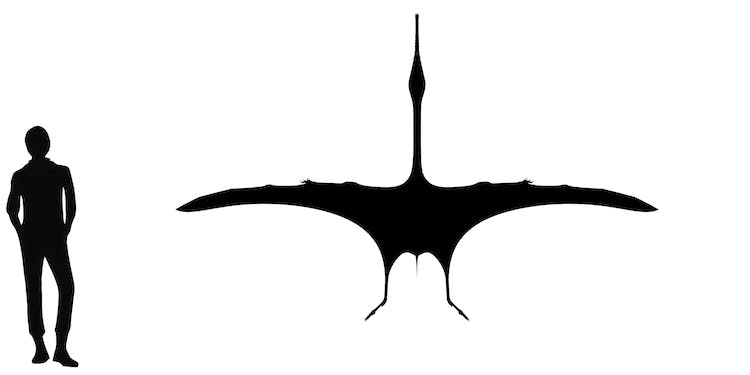