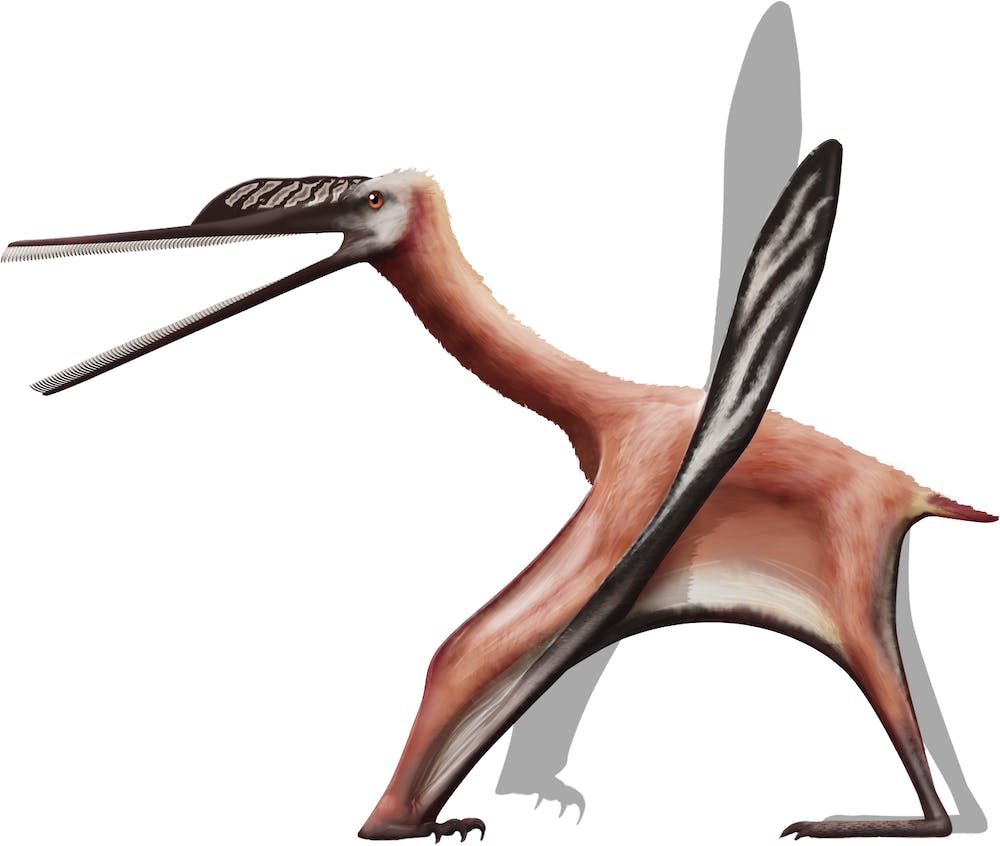 Ctenochasma is one of many genera of pterosaurs known from the Solnhofen Limestone in Bavaria, Germany.

It is the founder member of the Ctenochasmatidae, a long-lived family of pterosaurs that lived until the Early Cretaceous, producing some rather sizable forms during their existence. The genus Ctenochasma contains quite a few species, including C. roemeri the type species, C. elegans and C. taqueti.

Another species called C. gracile is thought to be synonymous with C. elegans. Ctenochasma roemeri was named by Hermann von Meyer in 1852 on the basis of a single lower jaw with many delicate, tightly packed teeth. In fact, the genus has more that 400 teeth in total, but it was a passive predator that filtered food from the water like a duck.

It would have sifted through the water, gulping down large mouthfuls and using its teeth to filter out the excess liquid, leaving its prey trapped in its mouth.

These specialized teeth were present only in the front of the mouth and the jaws curved upwards slightly, with a spoon-shaped tip at the end.

There is quite a large size range within the genus. The smallest was C. elegans, a tiny creature with a 25-centimeter wingspan. Its possible synonym C. gracile is thought to have been larger.

This species is known mainly from several juvenile specimens and very complete ones at that. The fine lagoon sediments in Solnhofen at the time (Tithonian Stage of the Late Jurassic, roughly 150 million years ago) preserve a wide array of animals, from crabs and shrimp, to small pterosaurs and theropod dinosaurs like Archaeopteryx, and all in exquisite detail.

These lagoons had been cut off from the Tethys Ocean by a series of reefs, and the accumulation of salt water in such hot weather had made them toxic to anything that swam or crawled into them.

Ctenochasma adults had crests on their heads. They were found to be likely nocturnal, able to coexist peacefully with the numerous other pterosaur genera in Solnhofen.

Many of the Solnhofen genera are known from juvenile specimens as well as adults and the life cycle of many can be restored with a certain degree of confidence. 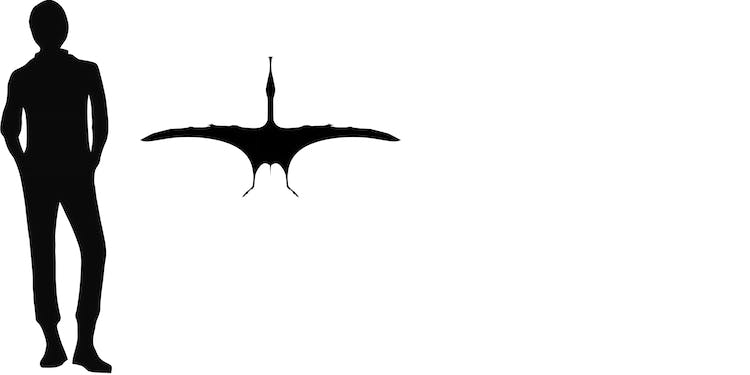