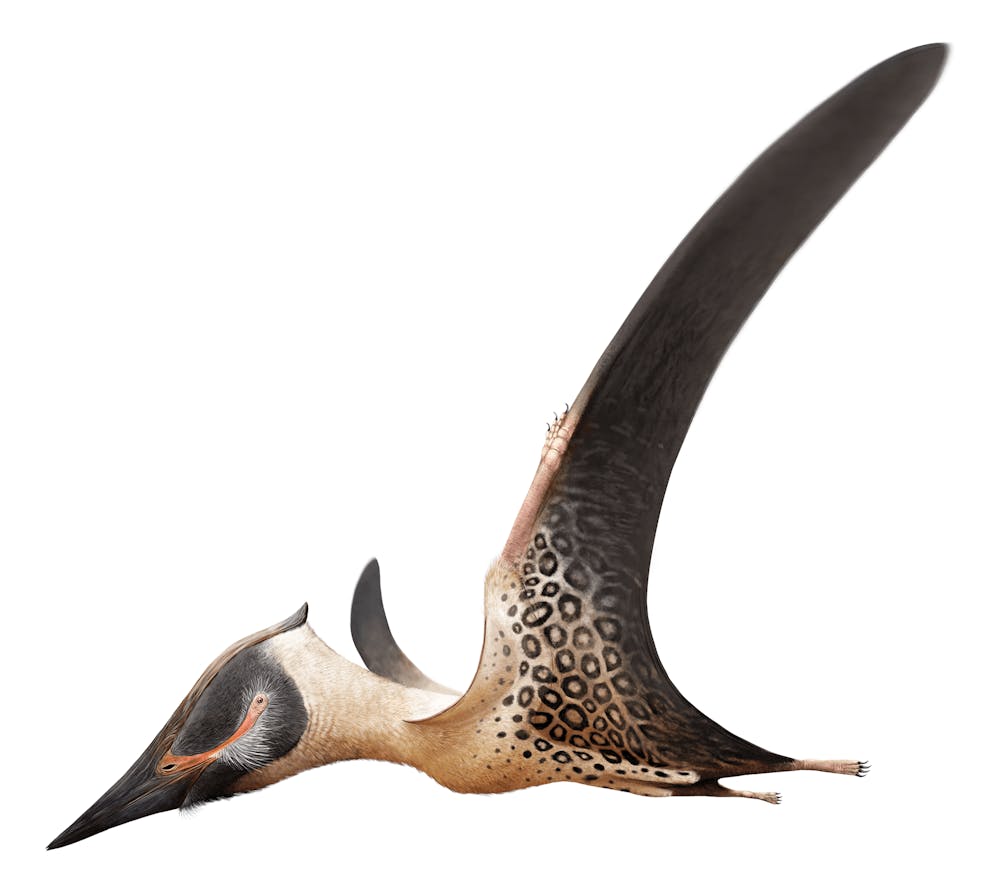 In 2020, paleontologists James McPhee and colleagues described a new genus and species of probably chaoyangopterid pterosaur, Apatorhamphus gyrostega, from the Kem Kem Beds of Morocco. Apatorhamphus is known from a partial premaxilla and three other snout fragments and a martial mandible, as well as a referred rostrum previously assigned to the contemporary genus Alanqa, and a mandible previously considered to be a dsungaripterid. The genus name comes from the Greek words for “deceptive beak,” a reference to the difficult-to-determine identity of the specimen. The species name is also derived from Greek, meaning “rounded roof,” referring to the arched palate.

The skull is known from several fragments of the snout and lower jaw. The jaws are toothless, and the ends of the rostrum and mandible taper to sharp points. When seen from the side, the rostrum is very slightly concave upward. The rostrum has a distinctive cross-sectional shape, narrow at the top and bulging below, somewhat like a raindrop. Unlike a raindrop, the palate arches upward, and the mandible is U-shaped in cross-section. Nothing else is known of the skull or skeleton of Apatorhamphus, but based on comparisons to close relatives, it had a wingspan between 3 and 7 meters (10-23 feet).

The Kem Kem beds were deposited sometime in the middle part of the Cretaceous Period. They were formed by numerous large rivers, and yield fossils of fish, turtles, crocodilians, and several species of spinosaurid including Spinosaurus itself. Apatorhamphus lived alongside several other pterosaurs including the coloborhynchines Coloborhynchus and Sirrocopterus, the tapejarid Afrotapejara, and the azhdarchids Alanqa and Xericeps.