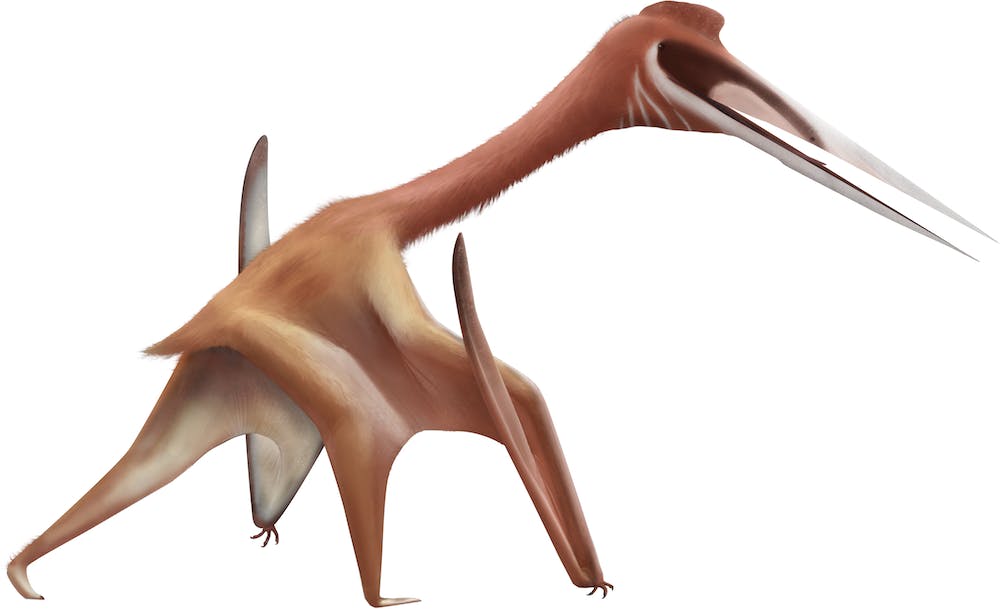 The only azhdarchid known from South America so far, Aerotitan is actually rather deceptive in name. It was named in 2012 by a team comprising Fernando Novas and others.

While it was a proper azhdarchid, one of the great pterosaurs with massive heads and perfect maneuverability on land, it was also one of the smaller genera in the family. In reality Aerotitan’s wings spanned just 5 meters. Thus it was half the size of the true titans like Quetzalcoatlus.

The remains of Aerotitan come from the Maastrichtian Stage of the Late Cretaceous, from the Allen Formation in Argentina. Other genera found here include the titanosaur Saltasaurus, the first sauropod from its continent and the giant fish-eating dromaeosaur Austroraptor. It is fair to assume that it acted like the rest of its kind as a terrestrial stalker that snapped up small prey in its massive jaws.

The only species in the genus is A. sudamericanus. 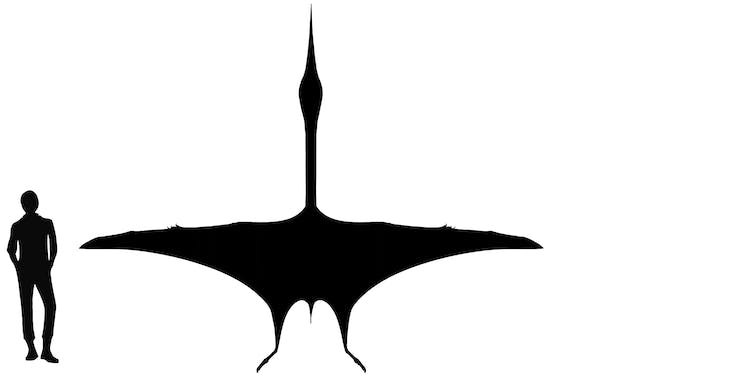